When we talk about live online casino games, the first thing that pops into mind is the one and only EVOLUTION GAMING. Ta-dam! Of course, there are few top-class live casino providers, but Evolution Gaming is definitely the leader of this clan. And here is why.

Evolution Gaming provides online casinos with live casino games: they have real casino studios set-up around Europe and they are streaming live games with real dealers. Their complex technology brings 3D graphics and smooth gameplay, add to the list native speaking dealers with whom you can interact and talk – and this is as close real-life casino experience as you can get from online gambling.

Why players love Evolution Gaming so much?

The game offering from Evolution Gaming is far more diverse than only Roulette and Blackjack. Besides some all-time favorite table games, they’ve created modern versions of several dice games and other unusual games, like Dream Catcher and Monopoly wheel.

Can we expect Evolution Gaming slots?

This question has been bubbling around the web for quite some while, but unfortunately Evolution Gaming is developing only live casino solutions. At least for now they haven’t stated any plans to expand their product portfolio – but who knows what will happen in the future.

If you want to know more about Evolution gaming – just keep on reading!

A little bit about the history of Evolution Gaming: the biggest milestones from their way to the top - Evolution Gaming was founded in 2006, and in 2007 they signed first agreements with key operators including William Hill Casino and Gala Coral. Around 2009 Evolution opened state-of-the-art TV production studio in Riga which was quadruple in size. Same year came their first red and gold VIP studio for high rollers.

As their client base started to grow, the pace of their development started to take up. At 2013 Evolution Gaming become the first Live Casino provider to gain New Jersey Preliminary Waiver approval. 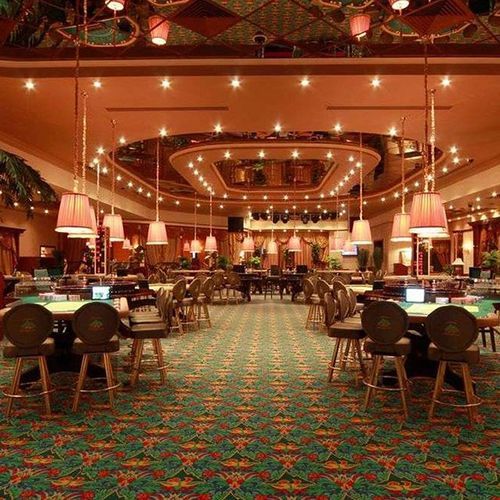 To come in line with their customer needs, in 2014 the company opened additional studio in Malta, but in 2016 in Bucharest and became the first fully certified Live Casino facility in Romania. Around 2017 Evolution Gaming announced new studio in Tbilisi, Georgia.

2019 came with a lot of new and unique games - they launched Deal or No Deal Live, the world's first 24/7 game show, Lightning Dice and Monopoly Live.

Evolution Gaming has received numerous prizes, especially during the last few years. The most impressive prizes recently was “Casino Supplier of the Year” at the EGR North America Awards and “Best UK Table Gaming Product” in British Casino Awards for their Dual Play Roulette.

Evolution Gaming surely takes the crown – the company has been crowned as Live Casino Supplier of the Year for the tenth time at the EGR B2B Awards.